AgraFlora Poised to be a Major Player in Canadian Cannabis

We first brought you news of this company back in 2016, but a lot of things have changed since then so we decided that it is high time for a new profile. When we originally introduced the organization, they went under the name PUF Ventures Inc., but they now trade under the name AgraFlora Organics International and there is a lot to be excited about with this new incarnation of the company.

One of the most valuable and coveted licenses in the Canadian cannabis market is an ACMPR (Access to Cannabis for Medical Purposes Regulations). They can take years to obtain and require more than a fair share of bureaucratic hoops through which one much jump. In 2018, AgraFlora Organics International received a license for its growing facility in London and aims to begin flowering operations in early 2019.

We have already mentioned that AgraFlora has a growing space licensed and (nearly) ready in London, Ontario, but that isn’t the only growing operation in their Canadian portfolio. They recently developed a partnership with the Houewling’s Group that allowed them to create Delta Organic Cannabis Corp. (DOCC) and with that secured the use of a 2.2 million square foot greenhouse facility in Delta, B.C. According to estimates, this facility will be able to produce upwards of, if not more than, 240,000 kg of cannabis product per growing cycle.

Further to this, the facility is well funded to begin retrofitting and growing operations. Back in September of this year, AgraFlora entered into a $40-million equity participation and earn-in agreement with Delta Organic Cannabis Corp. and so far $20-million of this money has already been provided. The most recent tranche was completed on December 10th, with DOCC closing $7.5 million in Agra shares at a price of approximately $0.45.

With such a substantial portion of these funds already in place, Agra has set forth a proposed timeline for getting their Delta facility online and that timeline appears as follows:

As you may have guessed from the new name, AgraFlora Organics International wants their investors to know that they do business in places other than the Great White North. One of their most well known and most strongly solidified international ventures is Solaris Nutraceuticals Pty. Ltd. Based out of the town of Casino in northern New South Wales, Australia, Solaris is intended to be the most technologically advanced and environmentally sustainable medical cannabis greenhouse operations in the world. There are several phases planned for the project, but the first phase will include the construction of a 300,000 square foot greenhouse space. Subsequent phases aim to bring the size of the greenhouse facility up to 1.2 million square feet.

The project is especially promising because it has the support of the local Australian government. The project has been bolstered by a $2,500,000 grant that was provided by the Australian Government as part of the Regional Jobs Investment Program (RJIP). If this weren’t enough, however, it appears that the Australian government is getting more and more on board with the notion of cannabis as a bill supporting the legalization of recreational cannabis received resounding support this past November.

Time and time again, Derek Ivany and the team at AgraFlora has endeavoured to create value for shareholders beyond the mainstream cultivation projects being undertaken in London and Delta. Late last year, AgraFlora initiated a spin-out of its wholly owned subsidiary Cannvas Medtech (MTEC), a leading business technology company within the health sciences space, and provided their shareholders with one MTEC share for every seven shares of AgraFlora that they already owned. As of December 12th, Cannvas Medtech is trading at a price of $0.32 CAD

In recent months, AgraFlora has also initiated another spin-out with its subsidiary Nature’s Hemp, a biotechnology and consumer products company focused on unlocking the true value of hemp for both B2B and B2C markets. The Nature’s Hemp spin-out provided AgraFlora shareholders with one share of Nature’s Hemp for every 3.3665 shares of AgraFlora owned as of June 18th, 2018. Nature’s Hemp has not started starting yet, but shareholders have already received their distributions. 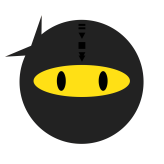